Principle: All interactive elements can be accessed by keyboard alone.

Using a keyboard is a fundamental aspect of accessibility. In fact, many other technologies and hardware emulate keyboard functionality. Users with a wide range of disabilities — or no disability at all — rely on a keyboard. When testing, keep in mind that all interactive elements should be accessible with the keyboard.

If you're testing in Safari or Firefox in macOS, you'll likely have to update a few settings so that all focusable elements can receive focus; details below. The resources section contains additional links with more details on enabling keyboard navigation for focusable elements. 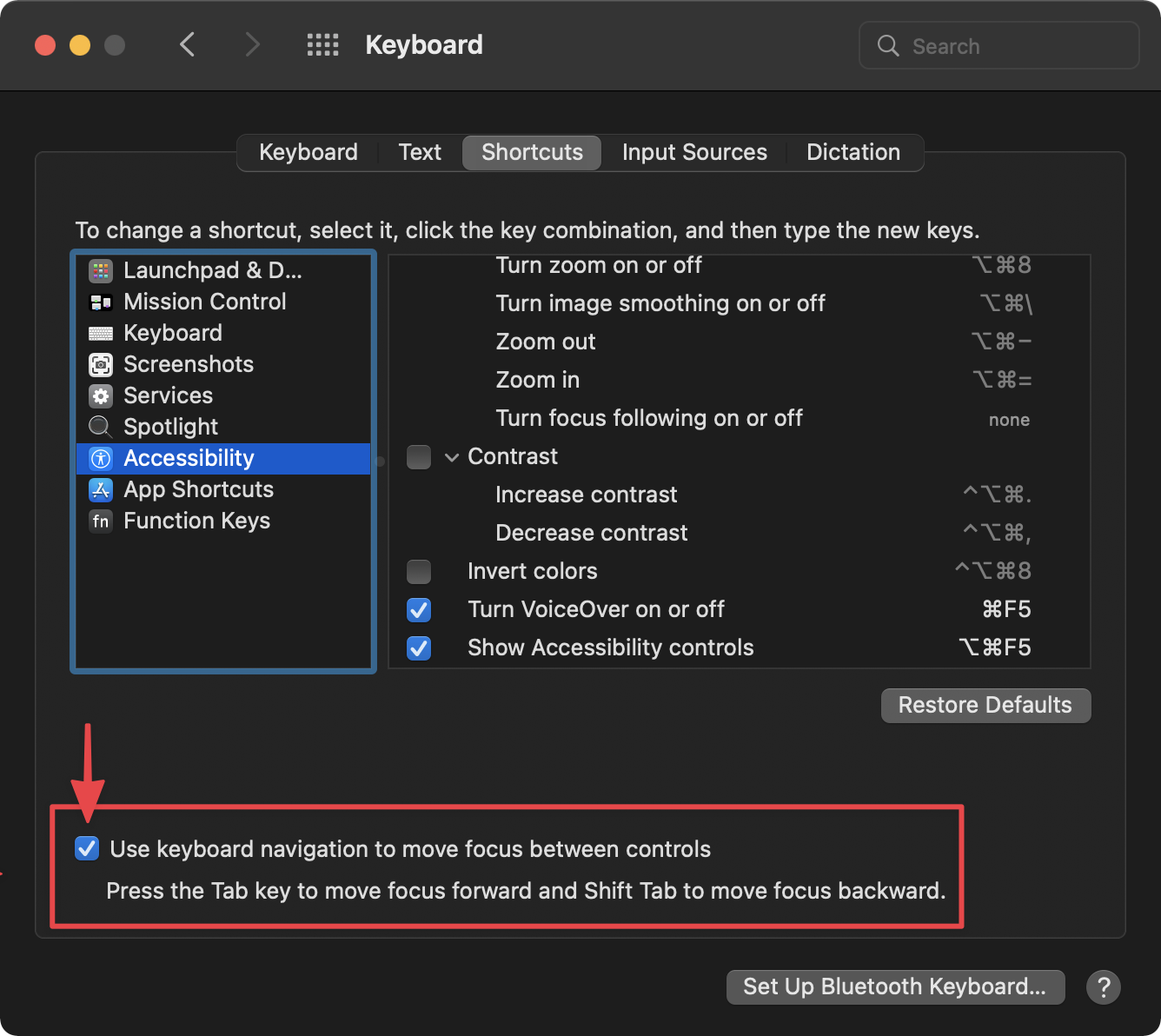 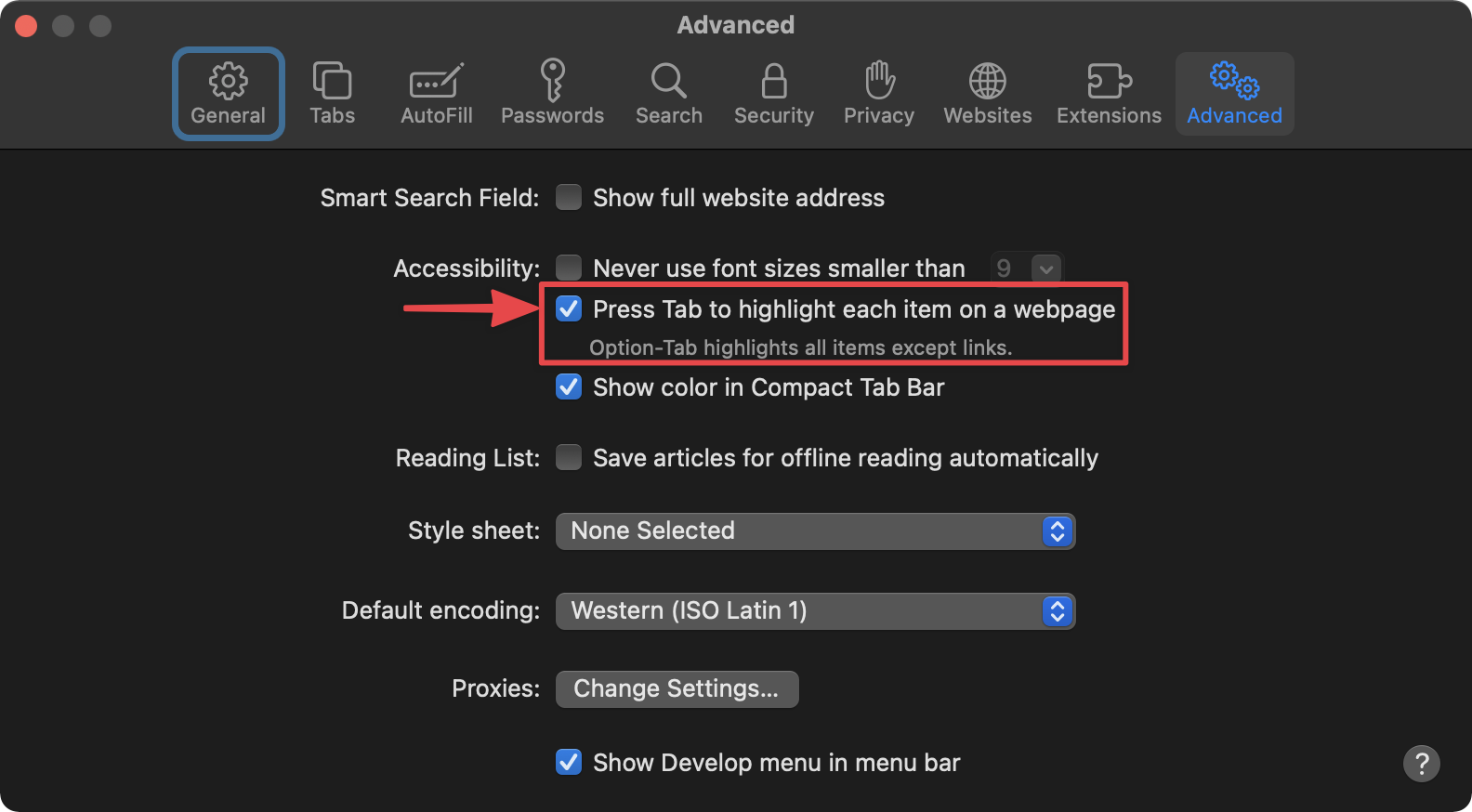 The focus order is the sequence that a keyboard user tabs through focusable elements. In most cases the focus order and DOM order should be the same. Visually reordering elements with CSS, such as with floats, flexbox, or grid, can be problematic for focus order, so ensure content makes sense both visually and linearly in the markup. To learn more about what elements should be focusable by default read this Introduction to Focus.

Some HTML elements, like form elements and buttons, receive focus by default because they have native event handling. In these cases nothing has to be done for them to be in the focus order. That being said, it’s possible to use the tabindex attribute to make elements focusable.

Every focusable element must have a visible focus state for keyboard navigation. Typically a focused element has a stronger border, glow, or shadow to highlight it. Browsers provide a focus ring by default, but this can be removed or enhanced with CSS.

When an element receives focus with the keyboard, it’s visually distinct from both its other states and other elements.

An element has focus, but there’s no visual indication.

A keyboard trap keeps the focus order looping within a section. A modal, for example, uses a keyboard trap to prevent a user from focusing on content elsewhere in the page — content that could even be hidden by the modal itself. There should never be a keyboard trap that a user can’t get out of.

Skip links are anchor links placed before a section that allow a user to bypass blocks of repeating page sections (typically navigation), and "skip" to the main content. They’re typically not visible until they receive focus, and then they’re visible for all users.